Transformer noise is a significant contribution to unwanted ambient noise, especially in the vicinity of the electrical transmission facility. It is therefore very important to get to know the mechanism of noise generation of the power transformer. As outcomes of this work, a multiphysics model is presented which provides a convenient and efficient toolchain for simulating the transformer sound emission mechanism.

Noise is an audible sound or mixture of sounds which have an unpleasant effect on human beings, disturbs the concentration and does not convey any useful information. Sound to human ears is a physiological response to a physical phenomenon of periodically oscillating pressure waves in a certain range. Sound waves radiate outward from the sound sources in all directions through various mediums such as oil and air. A sound source such as a transformer, the electric power transforming device is a vibrating object with random oscillatory movement from its equilibrium position (Tímár et al., 1989).

Power and distribution transformers are one of the most critical components for electrical energy transportation and distribution. The vibration of these electric machines increasingly interested designers and manufacturers.  Further, the vibration is the most common used transformer monitoring effect, and this is the source of environmental noise pollution. For this reason, it is important to know this physical phenomenon in these devices. However, the various physical phenomena are strongly related in the transformers, so only the multiphysics or coupled numerical simulation can be useful to get knowledge about these effects. Further, safety regulations require that the noise level is kept within a certain range.

Figure 1: Noise generation by the transformer.

Our work focuses on power transformer coupled simulation with the help of finite element method. The goal is to create an end-to-end multiphysics modelling solution which provides good-enough knowledge about transformer noise. The modelling procedure is based on the chaining of three analysis methods, the electromagnetic, the mechanical and the acoustic simulations as you can see in Figure 1. The weak or series coupling was used for the connection because in this case completely identical geometry is not needed, finite element mesh and solver options are independent for each analysis.

Figure 1 depicts the simplified noise generation mechanisms in the transformer. Transformers are electromagnetic systems which radiate noise under certain circumstances. The reasons for this are the motion of the core of the transformer caused by magnetostriction, the electromagnetic forces in the winding and in the core where the magnetic flux passed from one lamination to another. These electromagnetic effects cause the displacement of core and windings which are the major contributor to transformer noise (Tímár et al., 1989) (Ionescu, 2011). The vibration of structural parts transforms into acoustic waves and noise radiation through transformer oil and tank. The structure-borne transmission of sound waves through the transformer mountings is not taken into account (Kubiak et al., 2010).

The simulation chain starts with time-dependent non-linear electromagnetic simulation, where the magnetic flux distribution, the different power losses (stranded, eddy current, hysteresis) in the core and the winding, the Lorentz-force in the winding are determined. The visualisation of the magnetic flux density in the outer surface of the core can be seen in Figure 2. Using the results of the electromagnetic simulation (Lorentz-force, magnetostriction), the frequency-dependent mechanical displacement is evaluated in the next step. The basic procedure to go from the time domain to the frequency domain simulation is the Fourier transformation (Kaltenbacher, 2007) of the electromagnetic results. The vibration from the core due to magnetostriction contains a 100Hz component (twice the frequency of magnetic flux density variation, 50Hz) and harmonics, while the vibration from the winding has mainly a pure 100Hz tone if the current in the winding themselves are free of harmonics (Kubiak et al, 2010). Figure 3 shows the total deformation of the inner parts of the transformer at 100Hz. Finally, using the harmonics displacement, we determine the resulting pressure level of acoustic waves propagation through the oil, the tank and the surrounding air. Figure 4 shows the sound pressure level without A-weighting (Tímár et al., 1989) in the frequency range of calculation. The ANSYS Workbench platform can be used to prepare the workflow of multiphysics simulation with ANSYS Maxwell and ANSYS Mechanical. 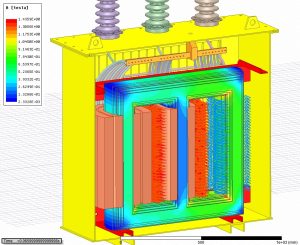 Figure 4: Frequency spectrum of the sound pressure level is 1 meter away from the tank.

Our presentation focuses on coupled simulation of power transformer using finite element method in ANSYS Workbench environment. Briefly describes the theoretical background of the analysed physical fields, then the connection between electromagnetics, mechanics and acoustics in more detail. Finally, the operation of multiphysics modelling chain is presented on a transformer example.

The main goal of this work was to create a multiphysics tool-chain for noise and vibration simulation of the transformer in the ANSYS Workbench environment. The multiphysics workflow is work as the results are shown. However, our future plan is to further develop this model to take into account the structure-borne transmission of sound waves through the transformer mountings.